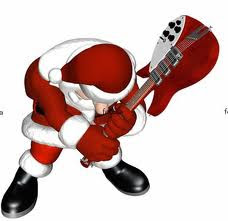 The holidays are a time for family. But after family time, comes party time!

On Sunday December 26 we are pleased to have Mattson/Barraco & Friends (of Dark Star Orchestra) back to Sullivan Hall. They will embrace the holiday spirit of giving with a canned food drive for City Harvest. Bring a can of food to the show, and get $3 off the $15 day of show price.
**7:30 Show / $10adv $15dos
***Tickets available at http://tinyurl.com/2cb6gm2

Keep the party going on Saturday January 1st, as Sullivan Hall celebrates its Three Year Anniversary with two shows! The allstar lineup will feature Steve Kimock on guitar (Zero, KVHW, Phil & Friends, The Other Ones, Rhythm Devils, RatDog), Bill Kreutzman on drums (The Grateful Dead, The Other Ones, Rhythm Devils), George Porter Jr. on bass (The Funky Meters), and Nigel Hall on keys (of The Royal Family). This will be the first time these musicians have all shared a stage together, as well as the first time an original member of the Grateful Dead has played Sullivan Hall. An amazing night of music not to be missed!
**8:30pm Show & 12:00 am Show / $35adv $40dos
***Tickets available at http://tinyurl.com/24oku6h (early) & http://tinyurl.com/3ao2awm (late). Tickets for the late show are close to being sold out.