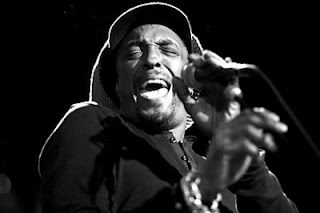 Bernard Fowler’s talents as a singer, songwriter, producer and instrumentalist have resonated through the span of his extraordinary career in the music industry. His dynamic vocals have appeared on over 30 albums for bands as diverse as The Rolling Stones, Rod Stewart, Philip Glass, Yoko Ono, Alice Cooper and Bootsy Collins. Millions of people around the world know Bernard as the background singer and percussionist for The Rolling Stones, a position he has held for many years. He has recorded and toured with the band to nearly every continent, appearing on 14 Rolling Stones albums. He has also appeared on the solo projects of Mick Jagger, Keith Richards, fronted two jazz albums with Charlie Watts, and produced, wrote and performed on two albums for Ronnie Wood, including one soon to be released album featuring Slash, Flea, Billy Gibbons, Ivan Neville, Bobby Womack, and Steve Ferone. In 2006 Bernard released his first solo album Friends with Privileges to critical acclaim. He’s currently working on his second solo project. Bernard is a versatile, mesmerizing performer, whose range and stage presence are celebrated around the world.