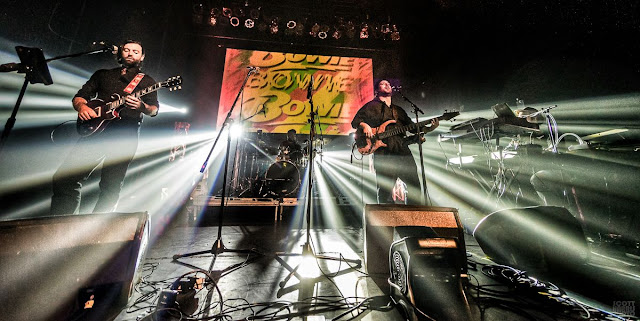 After a well-received opening set from the fabulous Hayley Jane and the Primates, the band started with a bang, constructing a swirling, ambient jam before dropping into a funky “2001.” Vibrantly colored LED lights swept the packed room as the projector screen displayed pop-art-style visuals of space shuttle launches, preparing the audience for blast-off. Next, the band kicked into the first Bowie tune of the night, an energetic reading of “Let’s Dance.” Keyboardist Richard James’ uncanny Bowie vocal impressions were a noteworthy highlight of the show, particularly on this beloved song.

Saxophone player Matt Wayne joined the band next, adding texture to a fiery run of songs including Pink Floyd’s “Money,” a seamless segue from the Talking Heads’ “Slippery People” into Bowie’s “Fame” and back into “Slippery People,” and Phish sing-along “Halley’s Comet.” After a breezy interlude of “Run Like Hell” off The Wall, Hayley Jane joined the band to add vocal power and raucous stage energy to favorites “Moon Rocks” (Talking Heads) and “Under Pressure” (Bowie) before the core four members dazzled the crowd with a set-closing “David Bowie,” an old-school Phish original that was bound to be played with gusto for this special concept show. 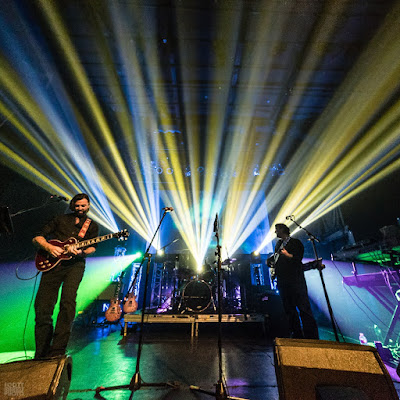 The jam-heavy second set brought a number of highlights of its own, including a ripping “Time” (Pink Floyd), a “Carini” (Phish)/”I’m Afraid of Americans” (Bowie) mash-up (complete with a “Carini’s an American” refrain), and a “Psycho Killer” (Talking Heads) that saw the audience howl and scream along with abandon (ay ay ay ayyyyy!). After touching briefly on “Lazarus,” the mysteriously prophetic original Bowie released just days before his death, saxophonist Matt Wayne joined in once again for a moving pairing of Floyd’s “One of These Days” and Bowie’s “Space Oddity.” 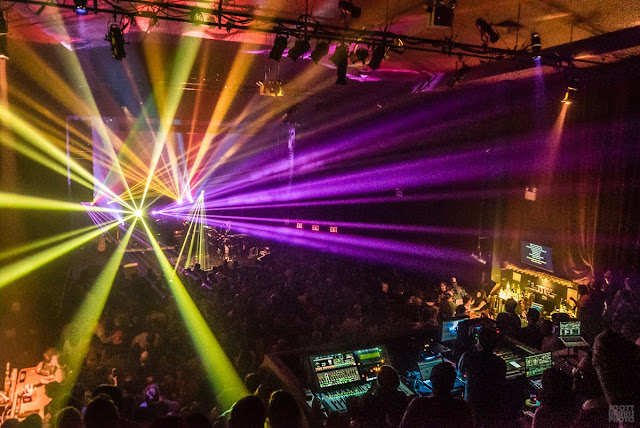 Finally, the band tore through one more funky number (“Cities,” Talking Heads), playing with the song’s rhythm and sonic texture before delivering a truly memorable one-two punch to end the show: After nailing Phish fan-favorite “The Squirming Coil,” which typically ends with the rest of the band walking off the stage to a soaring piano solo that brings the show to a close, James slipped seamlessly into a solo vocal-and-piano rendition of Bowie’s “Life on Mars?,” perfectly capturing the emotion of the legend’s death and this incredible tribute with the farewell sing-along.
Said James after the show, “We were really excited about how well this new Bowie concept went. The crowd energy was amazing and really made the show feel like something special, especially being in NYC where Bowie lived for so many years.”
Pink Talking Fish will be returning to New York City for a pair of concert booze cruises this summer that promise to be an unforgettable experience. For further information and updates, visit www.cegpresents.com